Join Our Vision of Having Studios Around the World

Introducing our International Division of the Faith Unveiled Network

With four different situations, and locations, Ministers of the Gospel walked up to the owner and spoke words of prophecy into his life. All four ministers, not knowing each other, and what each spoke, and at four separate times, gave the same message with different words. The general message was that God was going to build this network beyond our imaginations. One minister specifically said that God was going to bless the owner with buildings and studios all over the world. As we move forward, we are preparing the network for the Words of God to manifest. God has been producing studios to the network as we grow. Listed are the current ones that God has blessed us with, partnering together to build God's Kingdom, and spread the good news of the Gospel. As we continue to grow, God has expanded us into other nations around the world. Allow us to introduce our Department Ambassadors into other countries. 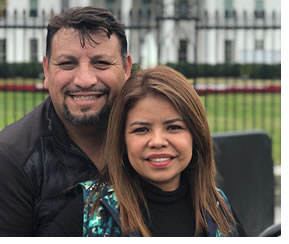 Pastor Ezekiel Salcedo was born in Mexico City; and Gloria his wife, was born in the capital of Guatemala. They met in Los Angeles California in the year 1990, and three years later they married in December of 1993. With the desire to serve God and newly married they decided to go as missionaries to Mexicali Baja California, Sinaloa, and then to Tijuana MX. A year later they had their first son, Aaron Salcedo. Six years later they had their precious daughter, Joyce Salcedo. Today both children love and serve the Lord. In 2007, God called them to pastor in San Diego California. With the desire to grow and be better prepared to serve God, Pastor Ezekiel and his wife Gloria, enter the International Center for Ministerial Studies at Casa de Dios, a church in Guatemala City. In the year 2017 God makes a new call upon their lives. This time to the city of Las Vegas, Nevada. They both were hesitant about moving, but it didn’t take long before God confirmed the move. Ready to begin a new stage in their lives, they accepted the challenge. With the desire to see their city transformed, they started a small group in their home that started to grow rapidly. It grew so much they had to find a place to meet on Sundays. A couple years later they have become a major part of Celebration Church, Las Vegas, a ministry who has a heart and passion for the hispanic community. Ezekiel and Gloria are pastors of Celebration Church LV en Español as they were entrusted with Celebration Church LV en Español (Spanish Church) under the amazing leadership of Apostle Larry Hand and Senior Pastor Danny Hand.

Ezekiel and Gloria aspire to reach their community, city, and the world with the gospel presented in a relevant and progressive way. Knowing that these days are only the beginning of the amazing things that God wants to do in Las Vegas, and around the world. 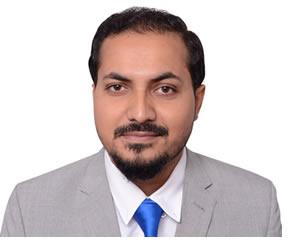 Rev Dr Sultan Sardar Bhatti, our Pakistan Ambassador of the Faith Unveiled Network, who resides at Karachi City of Pakistan. He is the Founder, Principle and Teacher of S.S.B Biblical University of Pakistan. He born on August 26th, 1990. He is a visionary man of God. He is working very hardly and fastly in the field of God has placed him. He says The Great Commission, we will never forget. His vision is to preach the Gospel of Christ, person to person, door to door, street to street, city to city, province to province, country to country, and in all the world. His motto is to serve the Lord, save the lost, at any cost.

He wrote several different books for God's Kingdom in Pakistan. He is taught over 1000 people with Pastorship training and teaching. Holy Spirit is using him in Pakistan as a witness of Christ.