Join Our Vision of Having Studios Around the World

As We Grow, A Greater Chance of Spreading God's Word Awaits

With four different situations, and locations, Ministers of the Gospel walked up to the owner and spoke words of prophecy into his life. All four ministers, not knowing each other, and what each spoke, and at four separate times, gave the same message with different words. The general message was that God was going to build this network beyond our imaginations. One minister specifically said that God was going to bless the owner with buildings and studios all over the world. As we move forward, we are preparing the network for the Words of God to manifest. God has been producing studios to the network as we grow. Listed are the current ones that God has blessed us with, partnering together to build God's Kingdom, and spread the good news of the Gospel. 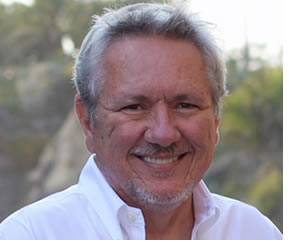 For Dr. Paul R. Oebel, the call of the Lord on his life began at a very early age. Being filled with the Holy Spirit at the tender age of 9, Paul was called into the ministry to preach the Word of God, after which several of the Gifts of the Spirit were made manifest in his life. As a 3rd generation minister, Paul began to preach and minister the Word of God by the age of 15, and was called out into the evangelistic field by the age of 18. Paul is ordained by 2 organizations and has been awarded an honorary Doctorate of Divinity. At the age of 24, Paul was named Bishop of the Men’s Full Gospel Pentecostal Organization of Texas, where he served as Senior Pastor, and later, served as a co-pastor in Norwalk and Aliso Viejo, CA.

As a businessman, Paul has over 16 years of experience in the construction industry, from starting in the labor force to managing a crew of 40 plus men in the operation of his own company. He subsequently worked as an Event Coordinator at the municipal level, managing events with over 100,000 attendees, and compiling extensive budgets while managing over 130 volunteers. Over 10 years of success in staging major events has afforded Paul the opportunity to build relationships with investors and celebrities from whom he raises funds for both business ventures as well as worthy causes. Since 1996, he has owned and operated his own digital marketing company, designing custom marketing materials and state-of-the-art websites. The Lord has not only equipped and empowered Paul in his entrepreneurial endeavors, but has endowed him with a great care for those less fortunate within his own community. In 2001, Paul was blessed to be able to be a co-founder of a homeless shelter that is still providing encouragement and housing to as many as 45 displaced persons at a time. This facility has received a number of prestigious awards and commendations, from being recognized as the top shelter in the country by the city at the municipal level . . . to receiving recognition from the President of the United States. His accomplishments in his community are acknowledged in many leading publications, including: Entrepreneur Magazine, heralding Paul as of one of Los Angeles’ Top Ranking Administrators for Business Districts and Coordinating Events. He has also been recognized for maintaining successful business districts in both the Goliath Business Journal and Free Library Books and Articles. Paul is also recognized in the Web Designers, Inc directory, as well as Books and Articles for Successful Business Executive, while receiving Certificates of Accomplishment from the State Governor and Local Municipalities.

Paul has served as a non-denominational church Pastor for many years; and presides over Faith Unveiled Ministry, a California base nonprofit corporation sole. In 2012, God spoke to Paul, telling him that a spiritual shift was soon to take place in the Kingdom of God. God was going to walk through congregations of church bodies thoughout the Kingdom and begin to give ordinary, hidden, unknown people His gifts. He was going to call alcoholics, women of the street, drug addicts, the diseased, and heal their bodies and hearts, and raise them up ,and put HIS gifts in their lives for HIS glory. In early 2016, God woke Paul up from his sleep, and told him to get up and to create an avenue of exposure for these particular "Called." The network was birthed that day, and God has been blessing it since. 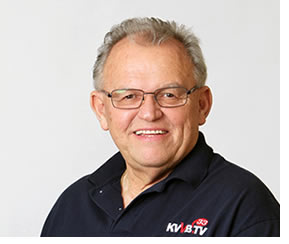 Tim comes to us with decades of successful business experience. Tim is the owner of KVVB TV, located in Victorville, CA, which is where our local TV station, Faith Unveiled TV, is located. Tim comes to us with many areas of expertise. His location houses a newly built TV studio, multiple TV channels, and the vision to spread his company (Desert Wireless) throughout the High Desert area, with his Internet Providing Services and TV channels. 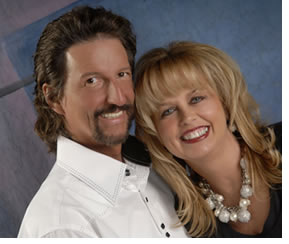 Being passionately involved in both business and ministry Dr. Mark Kauffman possesses a unique ability to equip and train marketplace ministers to link the idea of prosperity to a God-given plan that will advance the Kingdom of God in the earth. His heart is to see the body of Christ demonstrate the nature and ministry of the Lord Jesus, thus fulfilling their designed destiny.

Dr. Kauffman is the founder and overseeing Apostle of Jubilee Ministries International City Church located in New Castle, Pennsylvania. His ministry expands over 30 years. Through the word of knowledge and the gifts of healing and prophecy, he sees many miracles as he ministers the Gospel of the Kingdom. Dr. Kauffman received his Doctorate of Divinity from Tabernacle Bible School and University and since 1987, he has successfully owned and operated Butz Flowers Gifts and Home Décor, the second oldest florist in the United States, and ranked in the top 100 of 16,000 florists nationwide.

Dr. Kauffman serves as the Chief Executive Officer of Destiny Developers, Kingdom Broadcasting Network Studios (KBN) and the Christian Chamber of Commerce of Western Pennsylvania (CCCWP). CCCWP equips, trains, and commissions men and women into the marketplace to influence their sphere with the Culture of Heaven. In 2017, Dr. Kauffman added author to his credentials when he penned The Presence Driven Leader. This book is filled with 700 quotes that serve as a clarion call to awaken the Presence Driven Leader in its readers and quicken them to the purpose and plan of God in their lives.

For 29 years Mark has been happily married to Dr. Jill Kauffman, who works tirelessly alongside him to see the Kingdom of God advance, therefore, impacting generations. They have three sons, Christian Mark, Anthony and Ryan and three grandchildren. 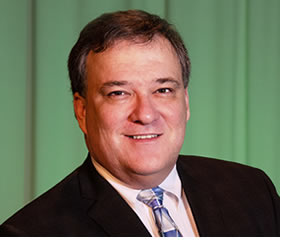 Greg West is President of WATC TV in Atlanta, Georgia, a television station serving the tenth largest market in America and beyond through various other media platforms. He is a 1983 graduate of James Madison University in Harrisonburg, Virginia with a degree in Communication Arts.

During his 35 years of television experience, Greg has launched five broadcast channels, produced numerous hours of Christian talk and music programming, written and produced a children's show, and worked on promotional projects for television affiliates of The WB and UPN and advertising projects for companies such as Revlon and South Carolina Tourism.

He is an award-winning producer of two dozen ministry documentaries including "Who Will Rock the Children?" and "Shedding the Cocoon." His work on the mission field has taken him from the mountains of Appalachia and the prisons of Romania to the streets of New York and the villages of Bulgaria. Greg is a board member of three Christian television organizations and an advisory board member of two international ministry outreaches.

In his spare time, Greg continues to make notes towards several books he pretends to write while he waits by the phone for the producers of The Amazing Race to invite him to be a contestant. :)

Ambassador of the Atlanta, GA Area 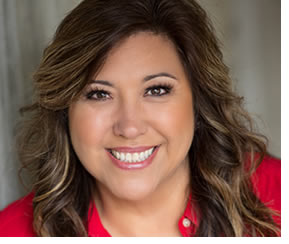 Destiny Yarbrough directs her passion towards the community in an effort to make a positive impact on others. Her heart has always been to help hurting and broken people. Her mission is to touch, move and inspire others with a vision to see others whole and complete.

After restoring her broken heart, it was then that God placed in Destiny’s heart a more specific passion to help others through her testimony. Destiny went from a life of partying to a life of loving God and serving others.

Today, Destiny is happily remarried to Wes Yarbrough and they have an amazing son, Spencer. Destiny hosts conferences and leads workshops. Destiny is the founder/CEO and publisher of Salt & Light Lifestyle magazine a magazine designed to touch, move, and inspire others through the Word of God. Destiny continues to use her heart for people in both the professional and personal realms. Destiny published and authored her first book, Visions, Dreams and Destiny, which tells her personal testimony to others experiencing hurt as the result of an addicted loved one. Destiny is excited to get raw and real as she launches her first Media project; DestinyX a TV talk show for the next generation. A lively and insightful Christian talk show dedicated to encourage and inspire our next generation. Destiny Yarbrough is both a member and the Atlanta Connect Leader for Christian Women in Media.